As a family who have been supplying fresh fish and shellfish for well over 100 years, we are fanatical about fresh fish and place our customer’s requirements foremost, we endeavour where possible to source our sales stock from responsible and sustainable fisheries so future generations will benefit.

Ramsdens Fish is the perfect destination to prepare for your next dinner party, whether an intimate dinner for two or a large group celebration. We can provide you with any type of fish you want with your choice of preparation.

Our company is based on the belief that our customers’ needs are of the utmost importance.

Our entire team is committed to meeting those needs. As a result, a high percentage of our business is from repeat customers and referrals. 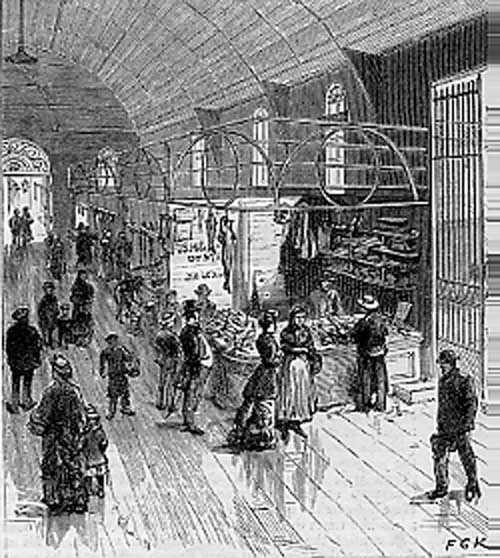 Arthur Charles Welham, Founder of Arthur Welham Ltd. would have worked full time in this market after leaving school at the tender age of 10 years old.

Arthur Ramsden and his mother Elsie decided to acquire their first shop in 1968. The shop had belonged to R Milner and continued to trade in the R Milner name until a later date. In 1970 they bought out the then famous Harrisons Oyster bar, which also sold whelks and cockles by the plate. This was soon changed into a completely rebuilt unit, which then sold all varieties of shellfish. Harrisons had traded from 1869 (100 years before the purchase). 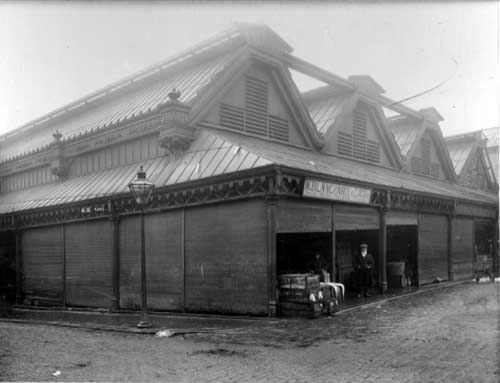 This picture shows the wholesale Fish Market prior to it’s movement to Pontefract Lane in 1966. Arthur Ramsden attended this Market daily working for Arthur Welham Ltd. after leaving school.

Trading continued until 1975 when they acquired Chapmans, a shop that had traded for well over 60 years with a mainly Jewish trade supplying quality Inshore fish.

Later in 1975 on 13th December there was a disastrous fire, which burnt down two thirds of Leeds Market and the whole of the Ramsdens business. 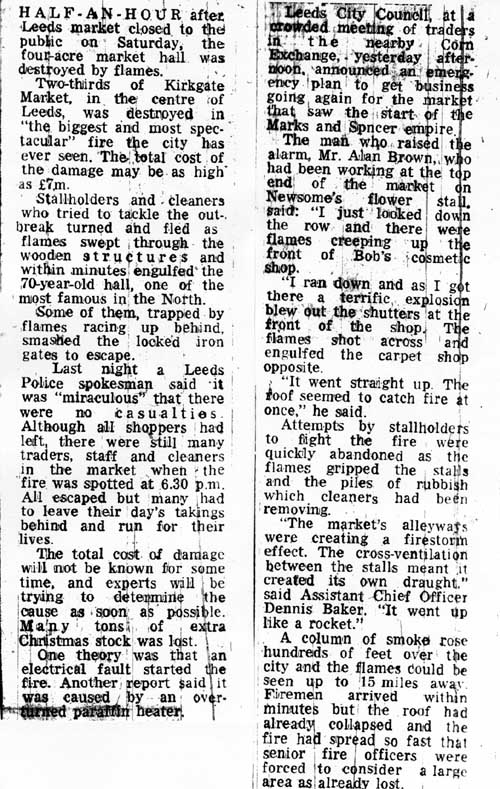 Ramsdens then set up a stall on a temporary unit made of scaffold poles and a see through plastic cover. Unbelievably poor conditions for both customers and traders born with a good heart by both. Ramsdens would like to take this opportunity to thank shoppers of Leeds and outlying districts for their support. 11 months later in late November, Ramsdens took up their new permanent site. Only 1 unit was supplied by Leeds City Council Markets Dept., which was 25% of the size occupied previously. This meant that Ramsdens had to look at the opportunity of acquiring more retail space.

The acquisition of another unit exactly the same size as their present one was purchased off the famous Ross Group in 1977. Months later in the same year came the opportunity to buy out Arthur Welham Ltd which was the old family firm of Mrs Elsie Ramsden who’s father founded in 1900.

They traded from this new site which was adjacent to the newly built third of the market which rehoused all tenants from the fire until 1981 when the council decided to build the second phase of the market which put the fish market in the centre of the whole market. This was not an ideal situation.

Arthur Ramsden then tried on several occasions to find a better trading area in the market by offering to buy better-situated stalls when they became available. The market council unfortunately turned each enquiry down.

In 1998 the preliminary purchase of a large stall on the best trading area (Top Row), looked at this point in time as if Arthur had got the site he wanted. At the 11th hour this was turned down much to the disappointment of the Ramsdens team and the vendor.

It seemed that this last attempt probably began the thought of moving the whole fish market to a new site. The Fish market was moved later in 1999 at considerable costs to the owners of the fish businesses.

Ramsdens is now trading happily and have settled into our new premises. Unfortunately on every move we have lost trading space. Ramsdens new venture is to move from just trading within the market to eventually reaching an ever-shrinking globe.

Family Fishmongers since 1899 - Our company is based on the belief that our customer’s needs are of the utmost importance.Call us now on 01132 452 212